It supposed to be a rematch for one of the biggest upsets in fighting sports, but violent riots errupted at Glory 80 and the main event had to be canceled.

The stage was set for long awaited rematch between Badr Hari vs. Arek Wrzosek.
In the first fight, Badr Hary was winning the match, he dropped Arek couple of times. Arek’s liver was damaged he already fell two times because of it, and he was complaining to referee about his right arm which appeared to be broken…

And then shock…Arek landed perfect left high kick and Badr went down. Referee did the count bid Hari was not able to stand up.

So, people wanted to see the rematch… Hari wanted his rematch… Arek wanted to prove everyone how good he is, and it was not all luck in first fight…

But then unreal scenes happen… violent riots erupted in the crowd and event has to be stopped because it was not safe any more in arena in Hasselt, Belgium

Hasselt, 19 March 2022 – GLORY deeply regrets that GLORY 80 was interrupted by people exhibiting unsafe behavior. We never condone or accept behavior that endangers other fans that come to our events to enjoy a night of top sport. Upon the request of the police in the city of Hasselt, we stopped the event after the 2nd round of Hari – Wrzosek.

We apologize to the fans who did not get to see the end of this bout and the Ben Saddik – Rigters matchup. Also to the athletes who trained so hard and did not get to compete. Martial arts is a sport of respect and fair competition inside and outside of the ring. 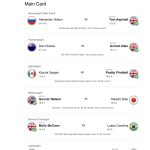 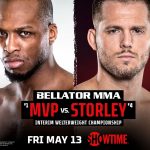