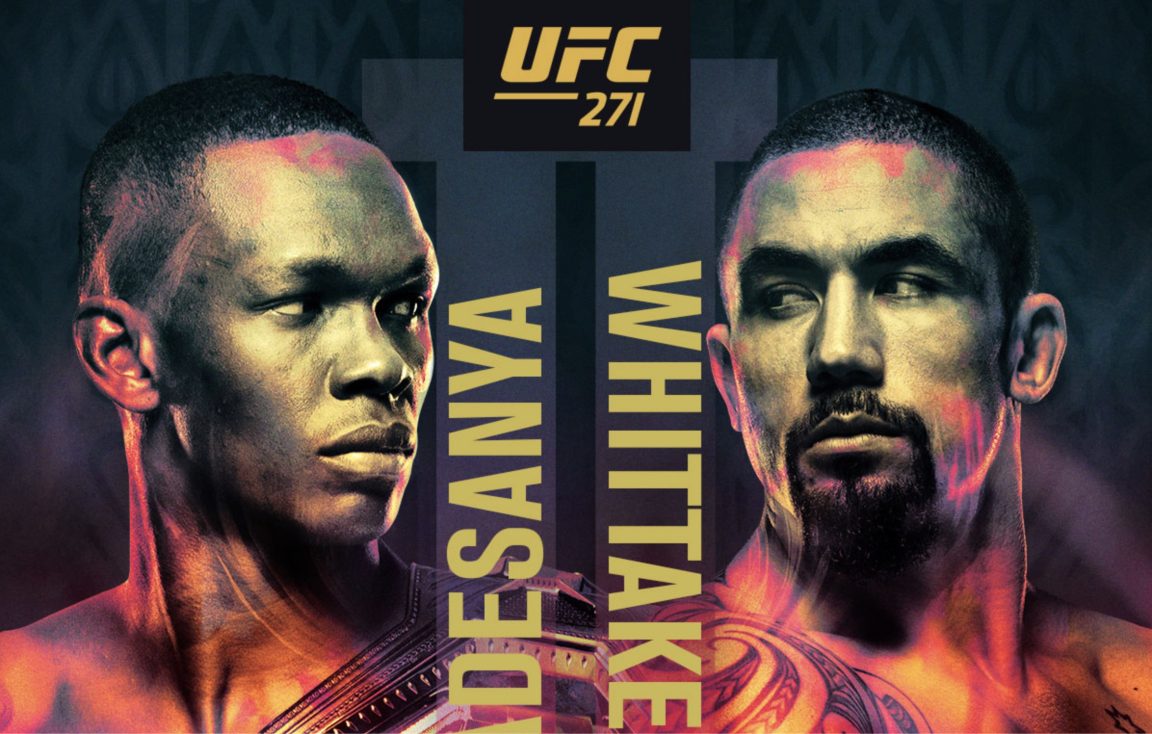 Main event, rematch Adesanya vs Whittaker is about the to start as main event of UFC 271. Let’s follow live action here on cage.news

Fighters are coming into to the cage… Robert is looking good…. hyped

Adesanya is also in the arena.. relaxed…loosed…dangerous

Oh man…this is tense… it is starting

Robert took the center of the cage, slow start by both fighters…neither one wants to rush this one

another inside kick by Adesanya

Israel is now putting pressure on Robert but no real damage

another leg kick by Adesanya, he must have landed already 4-5 good kicks… and again…

Israel is moving his movement to control Whittaker and he got him against the cage… and he dropped him… Robert is down… Israel approaching slowly and Robert is up again, he is back again
Robert tried to land some of his combination, but the movement os Israel is on point and nothing lands

Robert looks demoralized on the bench between the rounds. His corner is advising him for straight shots – no swinging

Robert opened round swinging on Israel, but again movement and couple of counter punches – no real danger for Adesanya.

Robert is putting pressure on Israel, nice 2 combo… high kick…. and Robert shoots for takedown – and he got it. Israel is back, but Robert git him pressed in clinch against the cage.
And Izzy is back on the center of the cage

Nice leg kick by Robert…
High kick by Israel, counter by Robert’s left hand…
Round is over

cage.news scoring 10-9 Robert – because of takedown, and landed couple of good punches

Both fighters started slowly, a lot o faints in the center of the cage… another leg kick by Israel… that leg of Robert is not looking good

Israel is controlling the fight, Robert is on counter attack mode and defense mode…

Another low kick by Israel, Robert countered with takedown attempt but defended by Israel

Israel shoots for high kick, Robert again countered with takedown attempt and this time he done it. Israel did not liked this, he stood up very fast but Robert now got his back..

and Israel is back to center

Again, very close round, Robert was shooting for takedown but Israel was defending them

Robert opened with nice left hand which actually landed clean, but no real damage for Israel.

defended by Israel, back to center to the cage…

Pressure again by Israel, Robert is looking for a counter strikes but no success…

another low kick by Israel… and one more – these must have affected Robert’s movement
Robert got Israel against the cage… and Israel is out again, back to center

10-9 Israel – fight control, takedown defense, low kicks – Robert dod not do much to take this round

Israel is looking calm – he knows he is winning this fight… controlling the fight, Robert is counter defense mode again. Movement of Israel is on point

back to center of the cage

Israel defends again but still pressed against the cage.
30 sec to end of the fight… they are going to finish the fight on the cage… but the feeling is that Robert did not done enough
cage.news scoring for round 5 10-9 – Robert – takedown, clean punches… but Israel was dictating the tempo of complete fight… very difficult to score 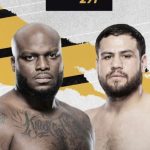 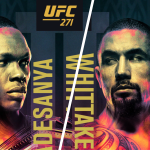