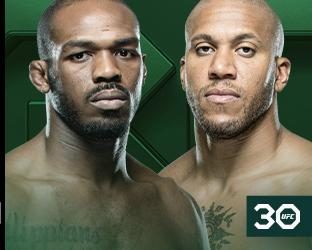 Las Vegas – UFC® returns to T-Mobile Arena with one of the biggest fights in UFC history as No. 1 ranked heavyweight contender Ciryl Gane and former UFC light heavyweight champion Jon Jones collide in a Super Fight for the vacant undisputed heavyweight title.

FC® 285: JONES vs. GANE tickets will go on sale Friday, Jan. 20 at 10 a.m. PT and are available for purchase at axs.com. Ticket sales are limited to eight (8) per person. UFC Fight Club® members will have the opportunity to purchase tickets Wednesday, Jan. 18 at 10 a.m. PT via the website www.ufcfightclub.com. A special Internet ticket pre-sale will be available to UFC newsletter subscribers Thursday, Jan. 19 starting at 10 a.m. PT. To access this presale, users must register for the UFC newsletter through UFC.com.

Jones (26-1, fighting out of Albuquerque, N.M.) returns to the Octagon for the first time since February 2020 with his sights set on cementing himself as the greatest of all time. Considered by many to be the No. 1 pound-for-pound fighter in all of MMA, he holds the UFC records for most title fight wins (14), most light heavyweight wins (20) and the longest light heavyweight win streak (13). Jones now plans to make a statement against Gane and secure a second divisional crown for his legacy.</p> <p>Former interim UFC heavyweight champion Gane (11-1, fighting out of Paris, France) intends to make the most of his second shot at gold by delivering a career-defining performance. A high-level striker, Gane has entertained fans with impressive knockouts of Tai Tuivasa, Derrick Lewis and former UFC heavyweight champion Junior Dos Santos. He now aims to add his name to the history books by becoming the first man to finish Jones.

For the latest information on additional bouts for this event, please visit www.ufc.com. All bouts are live and subject to change. Please click on the links for more information about the fighters and their stats. Don’t miss this exciting event as Jones and Gane battle for the undisputed heavyweight title. Get your tickets now and be a part of UFC® history! 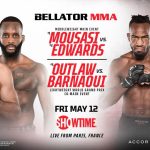